Original research in the visual arts 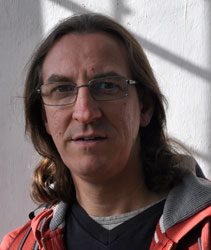 I have been lecturing on aspects of the research interests outlined on these pages for many years, with plenty of experience addressing a variety of audiences, as well as discussing aspects of my work on radio and television.

This list of talks is not exhaustive, but is intended to show the development and scope of my interests.

‘Figures, Scenes and the Aesthetics of Fragments: Preservation, reconstruction and the abstraction medieval stained glass’
‘Art of the Lost’, Canterbury Cathedral, November 2019.

‘A Revival of Saints in the Imagery of the Church in Wales’
International Medieval Congress, University of Leeds, July 2019.

‘King Arthur, the Grail and the Saints in Stained Glass’
‘King Arthur of Wales?’ conference, University of Wales Trinity St David, Carmarthen, May 2019.

‘Painters, Designers and Glaziers: In search of the artists responsible for the sixteenth-century stained glass at Llanwenllwyfo’
Talwrn Archaeology and Local History Group, Anglesey, November 2017.

'A Change in Direction: Modernism in the stained glass of the diocese of Llandaff in the 1950s and 60s'
'In glass thy story' Art and Christianity Enquiry (ACE) Symposium, University of Cambridge, September 2017.

'From the Celtic Revival to Abstract Expressionism and Back Again: Medievalism in twentieth-century Welsh art'
'The Middle Ages in the Modern World' Conference, University of Manchester June 2017.

‘The Appreciation of Stained Glass: where are we now and why are we here?’
Swansea College of Art, University of Wales Trinity St David, March 2016.

‘From “The Last Bard” to the Gothic Revival: artists’ responses to the Middle Ages in Wales’
National Waterfront Museum, Swansea, September 2015.

‘National and religious identities reflected in the imaging of medieval saints in Wales’
‘Middle Ages in the Modern World Conference’, University of Lincoln, July 2015.

‘Wood, Stone and Glass in the March: Craft workshops and church furnishing in the late medieval period’
‘Contest and Collaboration: Chester Conference on the March of Wales’, University of Chester, April 2015.

‘Pedeir Keinc y Mabinogi: the medieval mind, the construction of the past and the mythic landscape’
'Celtic Myth and Landscape' conference, University of Wales Trinity St David, October 2012.

‘The Bible in the Tradition of Stained Glass’
'The Bible and Tradition' conference, University of Wales Trinity St David, Lampeter, July 2012.

'The Bible and the Welsh Landscape'
Lampeter 41 Club, Lampeter, December 2009.

'On the Road: Recording Images of the Bible in Wales' (with John Morgan-Guy)
'Art, Artists and the Bible' symposium, Lampeter, September 2006.

'Imaging the Bible in Wales'
North American Association for the Study of Welsh Culture and History International Conference on Welsh Studies, Swansea, July 2006.

Landscaping the Past: the creation of history
'Wales and the Welsh 2000' conference, Aberystwyth, April 2000.